Why does one have to feel so guilty when it seems they aren’t doing what they ‘should’ be doing. The standard things that are shown as successes when done.

What is ‘productivity’? Checking off all the ‘to-do’s’ on the list? Always doing something that has an end result that is recognized by all?  Is that all it is? Does it have to be?

That’s how I feel at least. All too often. But especially this last month. My husband has been away working for the past 4 weeks, so I’m alone with my two young children. Which I’ve done before, but it doesn’t make it easier. The first couple weeks actually felt pretty good, but then we were hit with pneumonia. My son, my poor 3.5 year old, was wiped out for two weeks, and it took a toll on us all. Even though it was somewhat easier because his energy was gone and his mood was calm, it was a constant worry about his fever, his appetite, his sleep and getting him better. He’s better now, that’s for sure, and with that came a flood back of energy and, to be honest, a really bratty behaviour. But that’s not where I’m going with this post today…where I am going is, I’ve just been exhausted. So exhausted that just thinking about doing things makes me even more exhausted. That when I’ve had moments of quiet to actually do some of the things that ‘need’ doing, I don’t actually do them. I’ve been too attached to my phone to try to find something to cheer me up, something easy to read or pretty pictures to look at. Because that’s all I have energy for. and it was in one of these moments of just sitting there, doing nothing, that I just felt like I had accomplished nothing ‘useful’ this month. Not the right attention paid to the ‘right’ things. I was in a slump, a gloomy slump. And I shared a status simply saying “an unproductive month. Blah. Just keep swimming, just keep swimming”.

It got some likes, which made me know I wasn’t alone. It got some comments that helped me realize that I’m raising two kids, and that alone is enough productivity on its own. But what was the most helpful was a friend (and fellow blogger) who pointed out that I have probably done way more then I realize, if I were to only write out a list of ‘I DIDs’ instead of only focusing on the ‘to-DOs’ (read her experience on this whole topic here: http://thebigtodolist.com/to-do-list-i-did-list/ )

And that is so true!! Why do we have to focus on the lists of things to be done more so then the things we HAVE done, even if it doesn’t seem important or like something that has to be done or worthy of a successful feeling after it.

So, I wrote down (2 pages worth!) of things I have done these past 4 weeks, big & small, and it makes me feel so much better. I’ll share some of the top faves with you now:

*went on a road trip

*went to the doctors 3 times for my son

*hid antibiotics in probitocs so I could get my son well.

*skyped with my husband

*helped out at and partook in an audition! 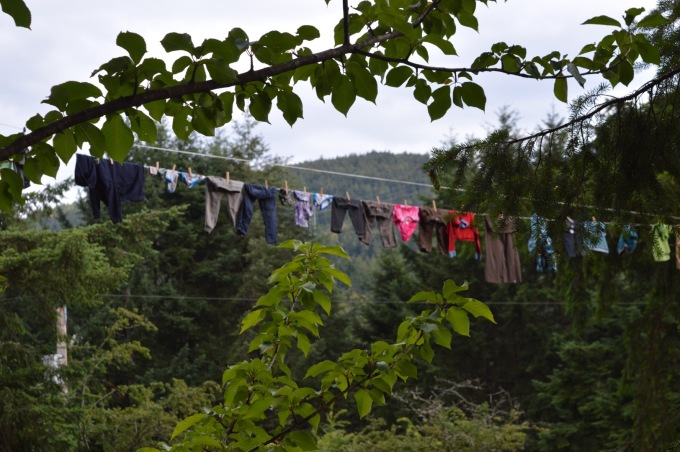 *went out to a friend’s sans kids!

*bathed, fed & dressed two kids, every day, on my own

And there’s more, but as I said, this was just some of the faves (well the doctor and hospital were not, but they were big things ‘to do’)

what have you DONE this month? Doesn’t feel like much? I bet it is. Take the time to write them out. You’ll feel so good about it. I promise.

Feel free to share some or all of your ‘I DID its’ wth me in the comments or via Facebook.

Have a happy rest of your week, and remember, you are doing lots, so give yourself more credit.